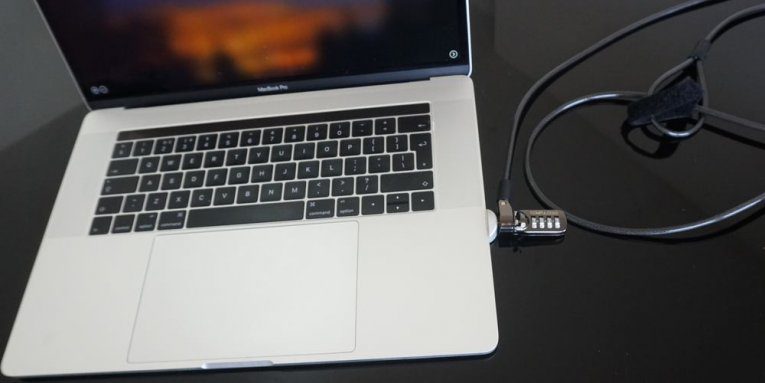 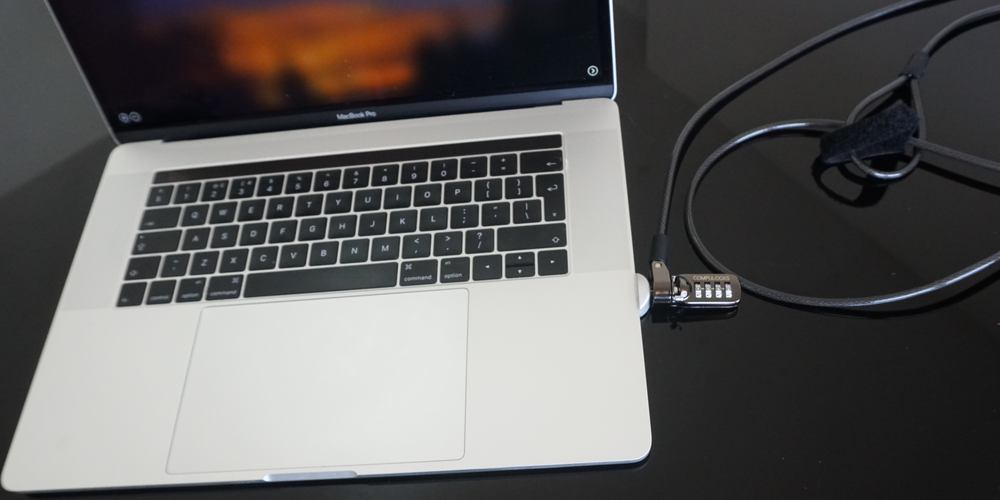 One of the many slots in MacBooks that has disappeared over the years is the security slot. For anyone who doesn’t remember these from the pre-Retina machines, this was a small horizontal slot into which you could insert a T-shaped security lock attached to a cable.

You ran the cable around something solid like a desk leg, fed it back through a loop and then inserted the lock into the slot on your Mac. Locking it would twist the T-shaped element 90 degrees, securing it in place.

It wasn’t the highest security in the world – cable locks can be easily snipped with hand croppers – but it protected against opportunist snatch thieves in places like libraries and coffee shops. As of the Retina MacBook Pro, however, Apple removed the slot …

The reason was because the machines were now too thin. There was room for the slot, but not the for T-bar to rotate 90 degrees with enough metal left to make it secure.

The Compulocks Ledge is a solution to this problem. There are models for the Retina MacBook Pro (2012-2016), all MacBook Airs, and all MacBook Pro with Touch Bar models.

The lock comes in two pieces. A small unit that grips to the edge of the machine, clamped into the ventilation slot on the underside, and a cable with attached keyed or combination lock.

The whole system is very much a casual lock. The clamp-on part is fitted with a star-shaped screwdriver that would make it hard to remove without the proper tool, but easy enough for a thief equipped with a decent portable tool set. The lock, as mentioned, can be easily cut. And the four-digit code would be opened by anyone with enough patience.

But the whole idea of such locks is for casual use. The aim is to make it sufficiently awkward or noticeable to steal your Mac that you’d feel able to leave it for a minute or three while getting another cup of coffee or fetching a book.

Fitting the clamp unit is very slightly fiddly, but takes only 2-3 minutes even by someone with my famed lack of mechanical skills. Once fitted, locking the cable to it takes just seconds, and the same again unlocking it.

The clamp is small, making it reasonably unobtrusive, though a better color match would have been welcome. As it is, it’s a darker grey than a silver Mac. I fitted it just below the speaker, where I found it least obtrusive.

In use, it does the job it was designed for. Rather than taking my Mac with me to the coffee shop counter, a combination of keeping it in view and knowing that the lock would prevent an unplanned snatch did lend sufficient comfort for me to leave it on the table without feeling nervous. I still wouldn’t let it out of my sight, however. Your degree of comfort may, of course, vary.

At $46.70 for adapter and 4-digit combination lock, it feels inexpensive enough for the comfort factor it provides.